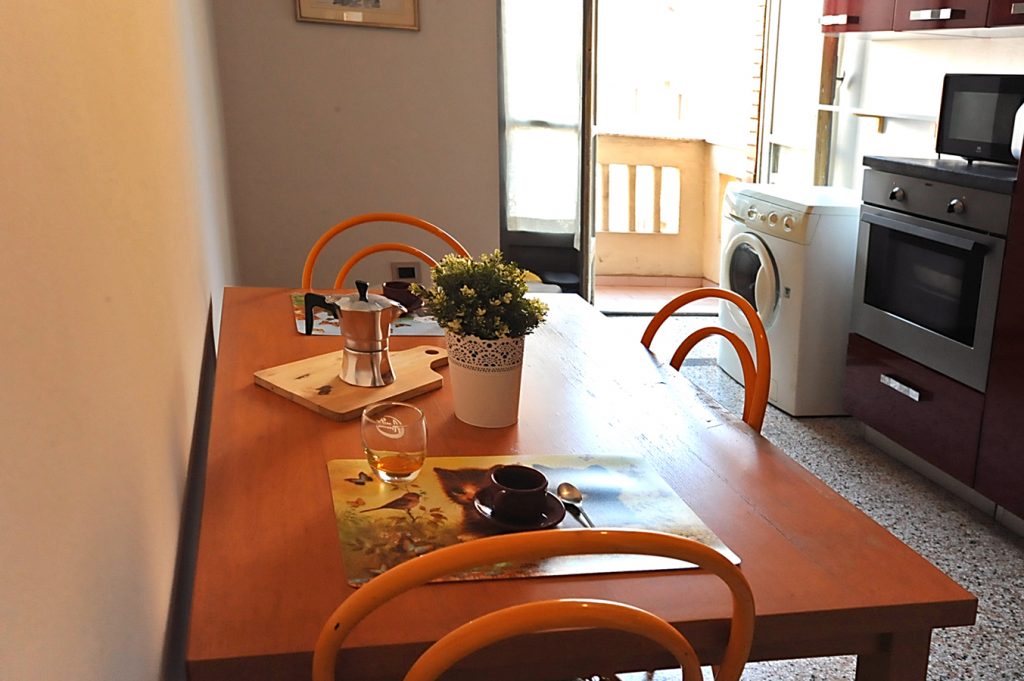 The apartment is located in Via Fratelli Carle, 61, Torino, TO, Italia

At the third floor (without elevator) of a traditional building of the 60’s, the apartment opens on a wide entrance which gives access to the rooms. The  kitchen is roomy and comfortable, with a modern fully equipped kitchenette and a dinner table. The large and bright bedroom, with two windows, is furnished with three single beds (which may eventually turn on a double bed plus a single one), a desk and a library; the wardrobe is placed in the hallway. Fully refurbished bathroom with shower. Few minutes from Politecnico, the Olympic Stadium and Mauriziano Hospital, 1,5 km far from Pala Alpitour, it’s a perfect location for those who want to assist a concert or watch a football match. The pedestrian area and the typical market of Crocetta are at a walking distance. The area is well connected with the historical center and with the two main railway stations, Porta Nuova and Porta Susa, in a few minutes.

Crocetta is one of the central districts of Turin and it is considered a residential area of great prestige in the heart of the city. Built at the end of the nineteenth century, it became in a few decades the favorite area by the high bourgeoisie, central but detached enough to be an exclusive neighborhood. Featured  by many beautiful Art Nouveau buildings and surrounded by tree-lined avenues, it is enriched by a beautiful green pedestrian area, with some particular artistic villas overlooking: for this reason, the area is sometimes the set of television or film productions. The neighborhood is very commercial, with many shops and places where to eat or have a drink, such as the renowned Gerla, located in a beautiful corner art nouveau palace in the heart of the neighborhood. Its large windows overlook the famous market, “chic” shopping destination of Turin and unmissable stop on Saturday morning, where, wandering among the stalls, you can also find brand name items.

Book now choosing among the services available or contact us